Another prospective MLS ownership group Nashville have revealed plans for a 30,000 seat stadium.

At the Metro Council meeting on Monday, Nashville Soccer Club Holdings unveiled preliminary designs for the stadium to be constructed at the Fairgrounds Nashville site. 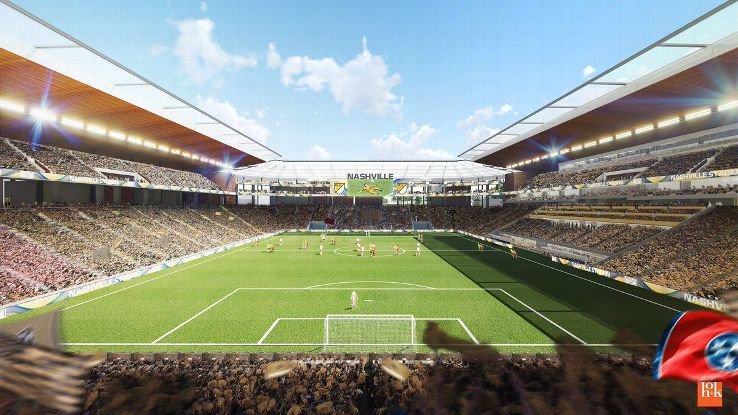 The Nashville Group are among the prospective 12 sides seeking to tap into the expansion franchise of the MLS. The league is growing in profile and global appeal so many sides want to buy in but only two new teams would be named this year and another two next year.

The MLS seeks sides that have soccer-specific stadium alongside their bid to join the league. So the group is making plans to build in their 500,000 square-foot venue in the Wedgewood-Houston neighbourhood. The group has an aggressive timeline in place as financing talks could be done in seven to eight weeks and legislation moves rushed around October.

The Nashville Metro Council would be seeking to minimize the impact of the soccer club ownership to taxpayers. The council, the Metro Nashville Sports Authority and the Metro Board of Fair Commissioners would need to sign off on the funding plans for the deal go move ahead.

The stadium would have buildings for fairgrounds and a new transit hub, according to the plans made by architectural firm HOK. Vanderbilt University are hoping to share the stadium as well but they want the capacity to be up to 33,000-35,000 and it is possible from the design.

The majority owners of NFL Minnesota Vikings the Wilf family joined the group recently. There are plans to start a USL team next year after starting off the MLS side this term. The NFL Nissan Stadium hosted a CONCACAF Gold Cup and an International Chammpions Cup game recently where more than 100,000 fans came with MLS commissioner Don Garber amongst them. Things are looking good for now.